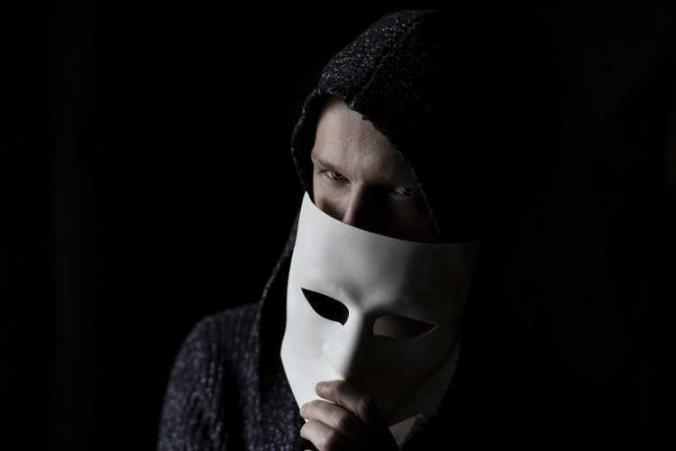 Over the last week, the Department of Labor and Industries (L&I) issued two separate news bulletins about L&I claim fraud. Without question, people who defraud the workers’ compensation system in Washington State hurt other work injury claimants. It is a very serious matter. Again, anyone that commits any type of fraud relating to a workers’ compensation claim hurts injured workers.

In one case, L&I received an anonymous tip that a Renton delivery truck driver was collecting workers compensation pension benefits while working. L&I says that this has resulted in one of the largest fraud cases in recent history. The accused man has been charged with theft of $325,000 in disability benefits that he wasn’t entitled to. Over the course of a 2-year investigation, L&I uncovered evidence including traffic infractions, payroll records, and trucking logs. The evidence shows that the man worked transporting apples between 2012 and 2017 while collecting disability pension benefit.

In addition to driving, the man was also reportedly lifting loads of 100-500 pounds. Clearly, it’s a very physical demanding work. Individuals are only entitled to pension benefits under their L&I claim or workers’ compensation claim if they are incapable of working as a result of their industrial injury or occupational disease. The man filled out declarations under oath stating that he wasn’t working, even though he was. Consequently, as is permitted under the Industrial Insurance Act, the Attorney General’s office is now prosecuting the man for felony fraud. At the same time L&I found that he willfully misrepresented himself and has demanded repayment of the benefits he wrongfully collected (with a 50% penalty on top).

In another case this week, a 65 year old commercial real estate broker from Bothell pleaded guilty to attempted second-degree theft. As a result, he has been sentenced to 60 days jail time (with home monitoring) and 2 years probation. In addition, he must repay $86,484 to L&I in benefits that he shouldn’t be receiving. Upon investigation, L&I obtained damning surveillance footage, business records, and even exchanged undercover emails with the man regarding his services.

First and foremost, as an L&I attorney and workers’ compensation attorney representing workplace injury claimants in Washington State, our office condemns any and all claim fraud activity. At the same time, when I read stories like these, I am very conflicted.

On the one hand, fraud must not be tolerated. It is fraudulent activity that places all people that suffer a work injury under suspicion. On top, it drains the accident fund in Washington State: I believe L&I spends tremendous resources chasing cases of alleged fraud. Often, the injured workers that are investigated are innocent. They go through hell before that’s determined. Additionally, many work injury claimants spend their days fearful of doing something that will be perceived as fraud. That’s because work injury victims have been accused of fraud for engaging in simple activities like grocery shopping.

I regularly receive video footage from L&I or from opposing counsels showing “fraud” activity concerning my clients. The resources spent by L&I to obtain such videos are significant, and in my opinion, are also misused. I’ve received many videos showing the wrong person. Moreover, I regularly get videos of clients that show nothing more than usual daily activities.

Injured workers should know that it is not fraud to engage in the activities of daily living. However, it is important to modify activities and avoid doing things that exceed limitations imposed by medical providers. This is not only to prevent fraud accusations. It is for recovery and to avoid a reoccurrence of an injury. If you are an injured worker who is contacted by an L&I investigator, it is probably a good idea to speak with an L&I attorney first. 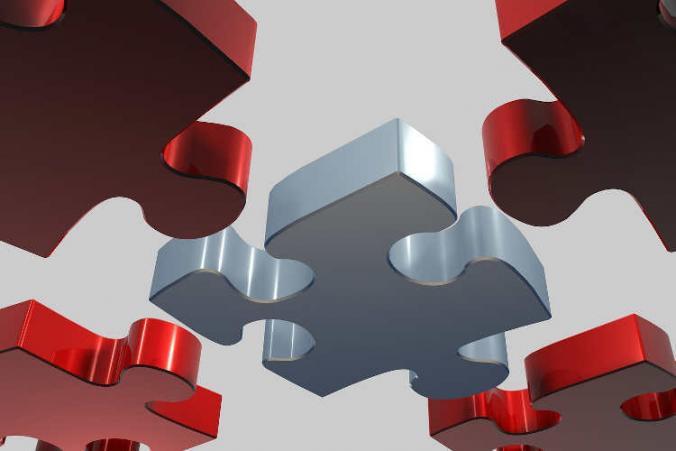 After you get hurt on the job or suffer a work injury, you then file an L&I claim or a workers’ compensation claim. From that point on, the Department of Labor and Industry (L&I) decides what is going to happen with your claim. If you work for a self-insured employer, then a third-party administrator (TPA) is also involved in some decisions. With each decision, L&I issues a formal letter and sends you the decision notice.

Surprisingly, there is lack of consistency in workers’ compensation and L&I decisions. For example, I regularly see inconsistencies in workers’ compensation claims involving the upper extremities. In many cases, these L&I claims are carpal tunnel syndrome, cubital tunnel syndrome, lateral epicondylitis, or radial tunnel syndrome. It is also common to see conditions such as wrist sprains and strains, trigger finger, cervical degenerative disc disease, thoracic outlet syndrome, and cervicobrachial syndrome fall under this category. In my opinion, this is because these conditions can be caused by a variety of occupational and non-occupational factors.

As an L&I attorney and workers compensation attorney, I sometime represent multiple people with a similar work injury claim. Moreover, they all have identical occupations and they develop the same medical condition. However, they receive very different decisions from L&I regarding their L&I claim. I’ve seen this in people that work as park aides, sheet metal workers, retail cashiers or checkers, and office clerks. Furthermore, this also happens with laborers such as drywall workers, painters, stone masons, nurses or certified nursing assistants, as well as medical records clerks.

I find particularly irritating when an L&I claim is rejected on the basis that there is no connection between the job of injury and the medical condition or diagnosis. It rubs me the wrong way because I can usually think of multiple examples from within my caseload where one can easily reach an opposite conclusion. But, in workers’ compensation claims, the problem is that an argument such as “other workers in the same profession have allowed claims for the same condition” is generally irrelevant. That’s because the law requires L&I to evaluate each workers’ compensation claim based on the facts and circumstances particular to the individual injured worker.

I accept the importance of considering each work injury claim based on the individuality of the injured worker. However, I go from being irritated to indignant when the reasons given for an L&I claim rejection are outright false. For example, an L&I claim for carpal tunnel syndrome may be rejected on the basis that the work activity does not cause or contribute to the development of the condition. Many times, this argument is stated as if it’s a black-and-white fact. It’s not!

One publication frequently cited in workers’ compensation is called “The AMA Guides to the Evaluation of Disease and Injury Causation”. This publication compiles medical research and literature to provide insight into the risk factors for developing various conditions. Many Independent Medical Examination (IME) reports reference this guide, especially in the context of causation.

Other risk factors include highly repetitive work combined with other factors or with forceful work. Obviously, there are also non-occupational factors as well that impact the condition such as age, gender, genetics, diabetes, and body mass index.

The legal definition of proximate cause

When we speak about cause in workers’ compensation, you have to remember that we’re talking about proximate cause. Proximate cause has a very specific legal definition:

The term proximate cause means a cause which in a direct sequence produces the condition complained of and without which such condition would not have happened.

In my experience, IME doctors often follow this definition when they need to express their opinion regarding causation. Often, IME doctors reference other factors (especially age, gender and genetics) to support their conclusion that the condition would have happened independent of work activity. The problem is, there is more to the definition of proximate cause. Specifically:

Summary and some personal notes

I find it unacceptable that work activities that significantly increase the risk of developing conditions like carpal tunnel syndrome are ignored in the presence of other risk factors. Even worse, this kind of exclusion happens inconsistently across the board. The Industrial Insurance Act was enacted to provide protections for ALL workers. That means all workers deserve the exact same level of consideration regarding the facts, supporting medical literature and studies, and application of the law.

If an L&I claim manager rejects a workers’ comp claim because he or she only applied part of the definition of proximate cause, and they completely exclude work activity from the definition or consideration, then the rejection is unfair. When the worker is then saddled with the financial burden of proving that the rejections is incorrect based on the law and facts, the very intent and purpose of the Industrial Insurance Act has failed. And, when the purpose and intent of the Industrial Insurance Act fails, it hurts injured workers, their families, their employers, and society in general. The health of our workforce is critical to the health of our society. 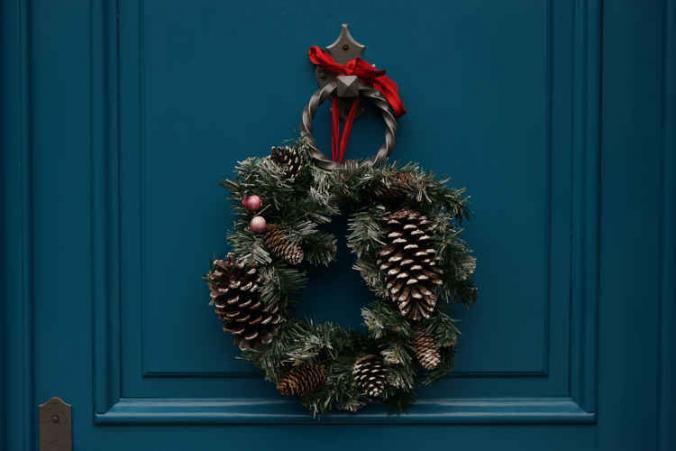 Work Injury and L&I Claim Occurrences During the Holiday Season

Why do work injury rates increase during the holidays?

The US Department of Labor and the Occupational Safety and Health Administration (OSHA) performed studies to try and understand this phenomenon better. And, several studies suggest there are a variety of reasons for this. One reason is the number of new employees that are hired for holiday seasonal work. The studies have shown that work injury or injuries are much more common amongst new employees. Interestingly, another reason is that some employers ask workers to increase their workday and work more hours to meet holiday demand. Finally, the holiday season creates a busy and stressful work environment.

Back in 2016, the CDC published an article outlining the various dangers for workplace injuries and diseases for seasonal employees, especially in retail. In that article, the CDC identifies risks for work injury including crowd management, workplace violence, as well as long hours and shiftwork. The article also mentions risks such as prolonged standing, musculoskeletal injuries, and young workers.

By far, retail sales commands the greatest numbers of employees during the holidays. Explicitly, retailers hired an estimated 650,000 seasonal retail employees in 2018 to supplement the 4.6 million people that already work in retail year-round. Working to meet the demand of holiday shoppers takes a significant toll on workers’ physical and psychological health. Exposure to stressful working conditions decreases retail wellness.

Retail workers exposed to repeated stress at work demonstrate a number of symptoms. The symptoms include headaches, stomach problems, increased blood pressure, difficulty sleeping, and mental fatigue. Those symptoms, in turn, cause difficulty focusing, concentrating and paying attention to detail. As a result, it produces a work environment that is a “perfect storm” for workplace injuries. Furthermore, injuries in environments involving industrial equipment can be severe and even deadly.

The CDC and OSHA wrote several guides and publications to help retailers improve the working environment for seasonal employees. Simple processes designed to provide support for employees and reduce workplace stresses have been effective in lowering the number of workplace injuries that happen around the holidays.