Thank you for visiting my blog. My name is Tara Reck and I am a managing attorney at Reck Law, PLLC. Our Workers’ Compensation and L&I attorneys are dedicated 100% to representing injured workers in Washington State. We have several offices in the Puget Sound area and we represent injured workers all over the state.

If you need help with your L&I claim, self-insured employer claim, or any other workers’ compensation or work injury claim, please give us a call to schedule a free consultation. We help with claim management, appeals and litigation with L&I and the Board of Industrial Insurance Appeals, Washington State Superior Court, Court of Appeals, and Washington State Supreme Court, as needed. 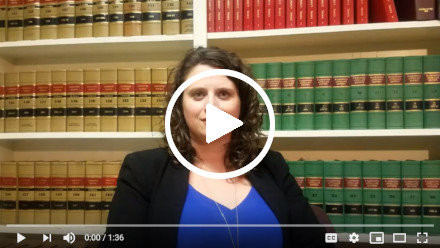 Send me a message

L&I Surveillance: I Think I’m Being Watched – What Should I do?

Surveillance in an L&I claim is relatively common. In fact, work injury claimants encounter surveillance in both self-insured claims and state-funded L&I claims. It isn’t against the law. Private investigators usually conduct the surveillance. Moreover, they know exactly what they can and cannot do under the law.

The Department of Labor and Industries (L&I) is the administrator for state-funded claims. Here, surveillance is more likely to occur after someone reports fraud relating to a work injury claim. For example, when a person receives workers’ compensation benefits but appears able to work. Another example is when the injured worker is working while collecting time loss compensation.

Fraud isn’t part of the workers’ comp ecosystem in Washington State. However, the word “fraud” is a trigger to describe people that abuse or take advantage of the system. In fact, L&I encourages the public to report potential fraud. L&I takes these reports very seriously. For one, they built an entire fraud investigation unit. There, investigators frequently take statements and conduct surveillance. Hence, one of the easiest ways to “avoid” surveillance is to not give L&I reasons to suspect you.

Still, I’ve seen cases where people file reports against work injury claimants even when they’ve done nothing fraudulent. Luckily, surveillance in these instances reveals nothing more than workers trying to get through everyday life the best they can. Of course, I’ve also seen surveillance showing that an injured worker is lying about their injuries and limitations. I’m always very disheartened when I see blatant willful misrepresentation. This kind of behavior negatively impacts all workplace injury claimants.

With self-insurance, there’s a third-party administrator (TPA) that manages the claim. In my experience, surveillance occurs much more frequently in self-insured claims. What’s more, third-party admins can request surveillance even when there’s no accusation of fraud. Many times, the surveillance is useless. Usually, the film shows workers doing nothing more than struggling to get in and out of cars. Or attending appointments and spending a lot of time at home. Consequently, we only find out about the surveillance later during the discovery phase when the case goes to litigation.

However, sometimes injured workers are surveilled doing normal things. For example, going for walks, grocery shopping, and taking out the garbage. I commonly watch tapes showing workers doing yard work, attending family outings, going out to eat, or walking their dog. Sometimes, attorneys or claim administrators share the footage with treating doctors and independent medical examiners (IME).  They do it to demonstrate that the work injury claimant is more physically capable than they lead on.

Depending on the film, this can be very effective in getting doctors to ease up or even remove physical restrictions. Sometimes this is very appropriate. Yet, many times the surveillance video doesn’t present a complete picture. Often, it shows things out of context. This typically leads to significant disagreements and litigation. There’s no easy way to prevent surveillance in self-insured claims. Therefore, it’s always best to ensure that you are being open and truthful. Describe your abilities and limitations to doctors honestly.

To summarize, surveillance is a standard practice in L&I claims. It’s legal and it happens all the time. It’s common in both self-insured and state-funded claims. When surveillance reveals behavior that’s consistent with doctors’ reports, then nothing will come of it. However, there are cases when a work injury claimant engages in activity beyond what they report. In such instances, the claim manager will likely use the footage to terminate benefits. In particularly egregious cases, claim handlers will use the surveillance records to push for willful misrepresentation charges.

If you suffer an injury at work and have a claim – it’s best to assume that someone is watching you. Therefore, your outward behavior must match your reports. Finally, it’s important to be honest. Describe your workplace injury and limitations honestly to doctors. Report the injury conditions in simple words the best way you can and you’ll be fine.

L&I Pain Medication and Coverage After a Surgery: What Should I Expect?

I get lots of questions from work injury claimants. Many have concerns regarding L&I medical coverage. This is understandable. It sometimes feels like a mystery. After all, it’s difficult to predict if your L&I claim is going to cover certain treatments. However, I think it’s particularly interesting that most L&I coverage questions come up before and after a surgery.

Usually, L&I authorizes opioid pain medication in the acute phase of an LNI claim. In general, the acute phase comprises the first 6 weeks following the work injury. However, L&I can discontinue opioids if there’s no meaningful recovery progress. On top, they will stop opioid treatment if there’s an adverse reaction or if the patient has substance abuse issues.

Pain medication under an L&I claim after a surgery

Pain management is an important topic for many work injury claimants. Most people want to ensure they won’t suffer from pain following a surgery. Generally, LNI authorizes post-surgical treatment whenever there’s a recommendation from the treating surgeon. Normally, this includes post-surgical checkups and rehabilitative treatment. For example, they cover physical therapy and pain management.

In short, the rule-book doesn’t prohibit opioids. With care, and responsibly, it says that opioids can be effective and appropriate in the surgical and post-surgical setting. Therefore, they encourage to prescribe the least invasive and lowest dose regimen to minimize pain.

L&I’s goal is to minimize any negative side effects for the injured worker. This goal is reflective in the opioid prescription recommendations across all surgery phases, i.e., before, during, and after the medical operation. In addition to ensuring the lowest possible dosage to address pain, the guidelines also require proper planning, patient education, monitoring, and follow ups.

In summary, L&I recognizes opioids as a reasonable method for controlling pain.  Both acutely and after surgical procedures. Therefore, L&I does authorize the use of opioids. However, L&I requires doctors and work injury claimants to follow Washington State guidelines and recommendations.

L&I Claim Overpayment: They Overpaid Me and Want Money Back, Now What?

The Department of Labor and Industries (L&I) sometimes sends overpayment notices to work injury claimants. Receiving one of these letters can be very stressful. The purpose of the notice is to tell you that you’ve been overpaid. And yes, they want their money back.

The reality for injured workers

When work injury claimants are unable to work, their income is automatically slashed by 40%. Clearly, this creates significant financial strain and stress. After all, the cost of living is always on the rise. Consequently, many workers have no choice. They live from check to check. In reality, many workers use wage replacement benefits in their entirety to pay for housing, food, and family care. Very often, injured workers must dip into their savings to make ends meet.

It feels like L&I is so stingy with paying benefits that overpayments can’t possibly happen. However, overpayments are very common. Most times, when overpayments occur, it’s not the fault of work injury claimants.

Overpayments can occur for many reasons. For example, because of clerical errors or identity mix-ups. They can also happen due to wrong data or adjudicator errors. One case is when L&I computes the wage rate incorrectly. Another is when L&I pays benefits even after the injured worker is released to work. Furthermore, there are instances where L&I reverses claim closure and must recoup a previous PPD award. That said, I’ve seen many cases where L&I tries to collect an incorrect overpayment. Therefore, it’s always important to double check everything. You must take steps and check if the L&I repayment demand is correct.

Repaying L&I overpayments and the law

Under RCW 51.32.240, L&I has the right to make a claim for repayment or recoupment of an overpayment. However, they only have one year form making of the overpayment to ask for money back. If L&I doesn’t make the claim within one year, then they waive their right to  recoup funds.

To conclude, overpayments in L&I claims are more common than you think. L&I has one year to make a claim to recoup overpayments. Although, if there’s been willful misrepresentation, then L&I has three years to make the overpayment claim.

Regardless, L&I sometimes makes mistakes when it comes to assessing overpayments. These mistakes happen because of miscalculations or timing issues. They can also occur when L&I incorrectly blames workers of willful misrepresentation. If you feel that L&I is incorrect, it’s always a good idea to consult with an experienced attorney right away.